Let’s take a quick break from coding and talk about planning in a Scrum-based team. Specifically, let’s talk about sizing or assigning points to stories.

Even after more than 8 years* of practicing Scrum, I still encounter teams who find it hard to grasp the idea of story points and, unfortunately, fall back to the old ways of equating a point to a certain number of hours or days. I can’t blame them though because, when I was just starting with Scrum, I’ve read so many conflicting publications on this topic and, combined with all the other “alien” concepts introduced by Agile, it took a while to wrap my head around it. The “aha!” moment happened for me after I read this book about 7 years ago and what I’m about to share below is largely based off of that.

No, not browser cookies. I’m talking about the delicious (yet just as evil) type:

Let’s pretend that we need to estimate how long it will take to eat a stack of equally-sized cookies. Let’s also say that we have zero information available to us other than the number of cookies in the stack and their size. Let’s say there are 100 uncannilly-equally-sized (accurate to 0.01mm!) cookies in that stack.

How can we estimate how long it will take to finish the stack? Do we spend an inordinate amount of time guessing, conjecturing, padding, and re-guessing? Or do we just take out a stopwatch and measure how long it takes to eat 2~3 cookies?

To me, the second option seems more practical (and enjoyable!) and likely to give us the most accurate estimate in the shortest amount of time. Within a few minutes, we’ll have our velocity in terms of Cookies Per Minute (CPM) and we can compute how long it will take to finish the entire stack via:

Now let’s pretend the cookie gods really like us and they gave us a second stack of cookies but, this time, the cookies are unequally sized. Would the formula we derived in the previous scenario still work? Maybe, but probably not because the size differences will introduce some level of error. Now let’s pretend that the size differences are so significant (some are 10x bigger!) that we simply can’t ignore that fact. How can we estimate in this case?

Can we call a friend? 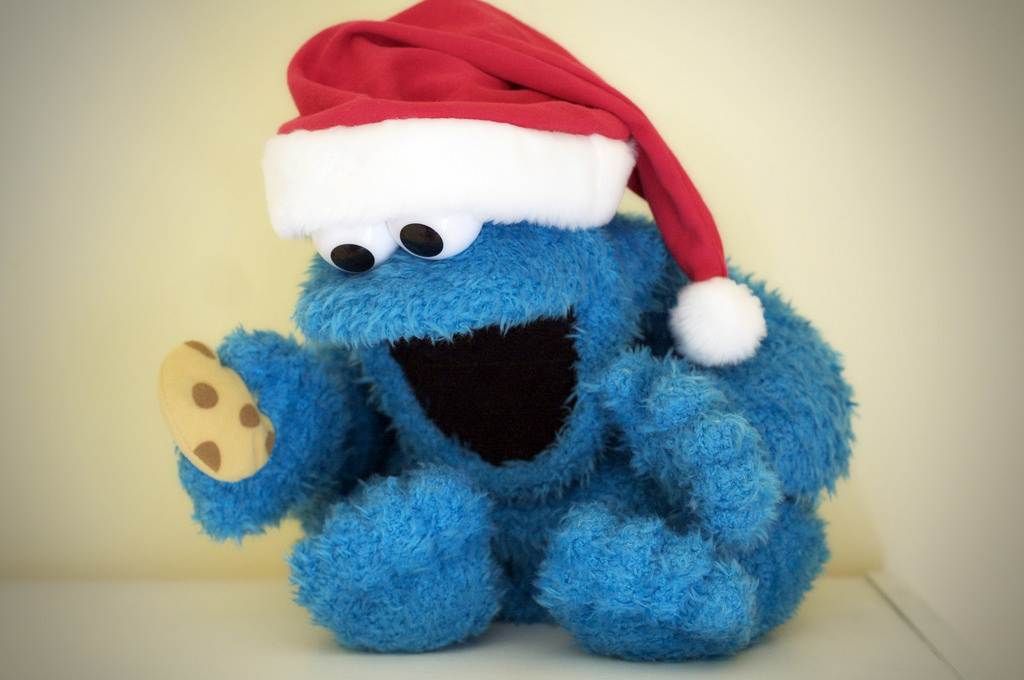 We’ll do this for every cookie in the second stack until they’ve all been sized. We then sum the Cookie Points (CP) of the second stack (let’s refer to that sum as x) and plug it into our formula as follows:

Now let’s reset everything and pretend that we never had the first stack to begin with. That means we don’t have a standard cookie size and, therefore, we don’t have anything to compare our stack of unequally-sized cookies against. How will we be able to relatively size the stack in this case?

Easy: just choose an arbitrary cookie from the stack and call that the standard cookie size. Next, just size the other cookies in the stack relative to the one you just designated as the standard.

Note, however, that after you’ve gone through all the cookies in the stack, you won’t be done just yet. Remember that, in this scenario, we reset everything and that means we also don’t have any Cookie Points Per Minute (CPPM) data. So how do we get that in this case?

Just like before, take out your stopwatch and start eating! After eating a few of these unequally-sized cookies, you’ll have your CPPM value and you can stick it into the formula again:

Let’s Apply What We Learned To Story Sizing

From the above scenarios, #3 is typically where most Scrum teams fall under: they’ll have a backlog of stories with varying sizes and they don’t have a standard story size to compare them against.

To pick a “standard story size,” we’ll follow a similar process as in the 3rd scenario but we’ll add a few more steps in the mix. Specifically:

Have the team repeat the above process for other stories except for step 4 where, instead of assigning the story a 3, the team should use planning poker to give it a size relative to their reference 3-pointer story.

IMPORTANT: Always bring the team’s attention back to the first story you sized as a 3. Having that story to compare against will help them size each subsequent story faster.

If there is a large deviation among team members when sizing a story, have those on either ends of the spectrum explain why they chose what they chose then have the team repeat the scoring exercise. Normally, the story points will have converged by the second attempt. If the story points still haven’t converged, pick the score with the most votes. There’s no need to over-analyze it. Settle it quickly and move on to the next.

By the end of the above exercise, you’ll have a set of stories that have been sized or weighted accordingly and if this is the first sprint planning session, you’ll likely won’t have any data on the team’s velocity (Points Per Sprint or, in cookie-speak, the Cookie Points Per Minute). So, you won’t have everything you need for the following formula.

Specifically, you won’t have y and, thus, won’t be able to determine how many sprints it will take to finish part or all of your product backlog.

So what do we do? As with scenario #3, just start working! By the end of the current sprint, you’ll have one data point which is good enough to use for y. As more sprints go by, you should keep maintaining an “average story points per sprint” value based on the last N sprints. Use the last N sprints and not all past sprints to compute this average because the older the sprint gets, the less effective it will be at predicting future performance (due to changes in team composition, available technology, etc)

Don’t Overload The Meaning of “Points!”

After a few sprints, you’ll be tempted to equate a certain number of points to a certain number of days. Don’t. You’re overloading “points” with too many definitions and you’ll cause confusion among team members because not only will they have to think about how complex the story is but also how to translate that to a time value.

Keep it simple: let the meaning of “points” just be “how complex is this story to implement?” and don’t delegate the task of measuring sprint velocity and possible release dates to the team because that’s your job as scrum master (or, in some cases, product owner) and the team already has enough technical matters to think about in its collective brain.

Hopefully, that cleared some things for you in terms of story sizing. If not, there’s a link at the bottom of this page which will allow you to file a bug or question against this post.

* - Wow. 8 years. How time flies! I did a quick check of Redmine Backlogs, a (now defunct) open source project that I started back in the day when I was still using Redmine, and realized it’s been that long! Adding the work that I did for earlier unreleased versions of this project, It’s safe to say I started mid-to-late 2008 with Scrum/Kanban/Agile.